Is it the End of the World, or am I just having a really bad day? 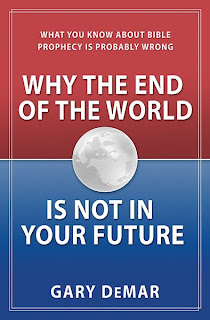 "Today's church wants to be raptured from responsibility." Leonard Ravenhill

I'll keep this blog post short. Many of us are worried about the earthquakes in Haiti, Chile, and Japan. Are these signs of the end? Well, I just went to a church today and the preacher there, referencing Matthew 24:7, Mark 13:8, and Luke 21:11, seems to think so. I think not.

There is a short little book I read last summer called "Is Jesus Coming Soon?" by Gary Demar. It builds a positive case that all the scriptures I just referenced dealt with the events leading up to the destruction of the Second Jerusalem Temple in 70 AD. It was so convincing that I immediately dropped my prior eschatological beliefs (I already dropped "the rapture" belief a year before upon reading "Pagan Christianity"; Viola says that the current rapture doctrine was created in the 1800's). 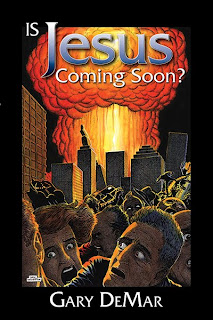 Here are four articles that I think are very helpful in thinking clearly about eschatology and earthquakes, swine flu, and whatever epidemic end-of-the-world doomsayers use to justify their beliefs. Eschatology, by the way, is the study of the end or study of the times of the end. I think you get the point.

Here are some more articles.

Here are two more books you can find on AmericanVision.com dealing with eschatology. 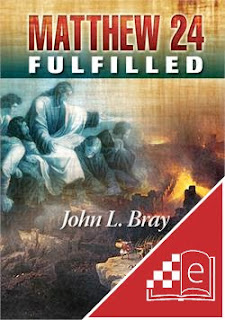 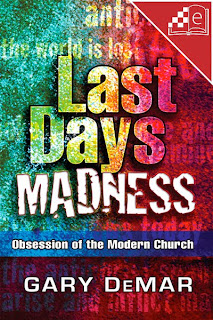 The Lie of the Week: 2 Million Jobs Created 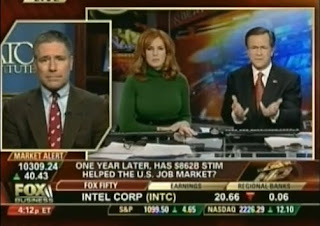 “They said they saved [or created] two million jobs. They might as well say they cured cancer and gave peace to the Middle East!” Dan Mitchell, Cato Institute Scholar

I always try to get people to think for themselves by the way I present material. “Don't trust my claims” I always say, “look at the evidence to support the claims!” That reaction is a biblical one: “The First to state his case seems right, until another comes and cross examines him.” (Proverbs 18:17)

Now, I hope everyone would use that same principle and examine what the administration just said. They just said they saved 2,000,000 jobs.

Are you kidding me!?!?!? Does anyone really believe this? (Except the White House economists, of course)

I can only make sense of this in a few ways. For one, they are trying to cover up their ass and their lack of efficiency. Everyone remembers how the administration swore up and down how if we didn’t pass the stimulus package the unemployment levels would rise. They claimed that if they did pass the stimulus unemployment wouldn’t go over 9.4 percent (or 10 percent). Well guess what, it has! Not only that, those are the official statistics. The unofficial unemployment rate is 17 percent. That’s almost near the Great Depression high of 24 percent.

A few months ago I wrote a blog called “Language and Politics” analyzing how politicians misuse language to further their political agendas. I made a prediction that I would like for you to read.

The time will come when people will begin to trust their eyes more than their ears. They will see when the rhetoric does not match up with the reality. When that time comes, I hope politicians have more than rhetoric to ease the discontent of the people.

Two years ago I created a playlist (containing 25+ videos) on Youtube called “Against the Stimulus Package.” I hope that everyone watches it because I have expanded the videos to include more recent material. However, the arguments are still the same because the truth doesn't change. The only difference between now and then is we have more evidence -- 2009 evidence.

The evidence we were using to support our arguments before was the New Deal in the 1930s, the “lost decade” in Japan in the 1990s, and the Bush stimulus in 2008. If you grant that we interpreted the historical facts correctly, then the evidence for our position is overwhelming. And how does the government respond. They say we need more stimuli! They want to take money out of the private sector for inefficient jobs that nobody was using in the first place.

This notion of taking money out of the private sector to give to the government sector (I guess that's what you would call it, right?) is an important one. It proves that government can’t create anything! They have to take money from the economy’s left pocket to give to its right pocket. The government can’t create wealth; they can only transfer wealth and resources. Do you think that is fair? Do you think the government can handle those resources and wealth better? Or do you think young entrepreneurs with their own vision, creativity and motivation to succeed can handle it better? It is an important question.

I hope to uncover the sham behind government actually “saving or creating jobs.” Let’s take their bailout of GM for example. The only reason why they are still in existence is because of the government bailout.

The reason companies like General Motors were failing were because people didn't like their cars. And we want to “stimulate” them? We want to save their jobs? Even if “stimulus” packages were legitimate it would make no sense to throw money at GM because people weren't buying their products! But then that just defeats the whole idea of a stimulus. If people actually bought their cars, they wouldn't need a stimulus!

The government would rather save a company that produces cars that won't sell, than letting them fail and finding work elsewhere.

This specific example of GM contains another common problem. Companies who receive bailout money doesn't do what the government wants with the money. Look at the Wall Street companies that are handing out million dollar bonuses. How can the government honestly blame them? They gave them the dough! They were already corrupt. They didn't all of a sudden didn't integrate the golden rule into their business practices. Their was no conversion. As for GM, they are reportedly taking the bailout money overseas. Again, why blame bad business for making more bad decisions? If the government never gave them the money in the first place, there would be no public outcry. The government just doesn't get it.

To push the illustration further, let’s say my teenager had a record for misusing his own money, the money he may have earned elsewhere outside of allowances. What sense would it make to give him my money? Should I all of a sudden think that he changed? Well, the government does stuff like this all the time. They say “produce better goods or we’ll cut the funds.” Of course, this implies that the government knows the failed companies were misusing their resources in the first place. Even GM knew that! Why do you think GM had to create all those commercials saying things along the lines of “the New GM will be better” and all that other good stuff? They obviously had to kiss up to the public for all those decades of making bad products and had to promise to make better ones. (By the way, the spoofs of the commercials are quite tickling. (Vid 1, Vid 2)

“But what about the workers?” you say. The workers must find more work elsewhere. If people who work different jobs weren’t buying their products, then that means GM wasn’t making good use of their natural resources. When people don’t buy their product that means that the free-market has decided that they weren’t making good use of their resources and those same resources could be put to use elsewhere.

“How can they find work elsewhere?” That is a tougher question to answer. But I can say that the problem is rooted in their skill level. What I mean is that if a person has only one set of skills (like working at GM producing things) that are only good for one job, then he is only going to be working that one kind of job until he diversifies his or her skill set. If a person works in the pen industry and the computer industry creates a better alternative, and thus forces the pen industry out of business, those workers who only know how to make pens are going to have a tougher time finding a job than the workers who have the skills to switch over to the computer industry. Also, it makes no sense to subsidize jobs for the pen industry in this case. Why? People don’t demand them. It creates an artificial demand and wastes resources that may be better utilized by other producers.

What the previous paragraph also implies is that we don’t need jobs for jobs sake. That’s right. We don’t need jobs because we need people to work and arbitrarily pick up a paycheck. We need producers that will produce things we need. We need products for people’s sake. I’ll go back to our earlier example. If Apple makes a good pen alternative with lower costs and overhead, then Apple would naturally receive more revenue to do three things: (1) expand their business and create more jobs (2) or they can save their surplus to increase the quality of their goods and services (3) or they can pay their workers more. Who knows? All three of these things may happen simultaneously.

With all that said, we still must remember why I launched into that rant in the first place: The wild claims of the government saving 2 million jobs. People may lose jobs, but government intervention isn't the solution. Its when government, not just their actions but the removal of all those regulations and reversing their monetary policy, finally steps back that the economy will recover.

The State Against Blacks: In Honor of Black History Month 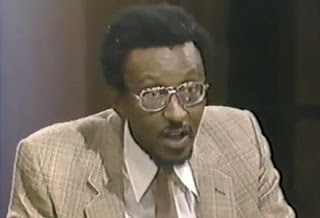 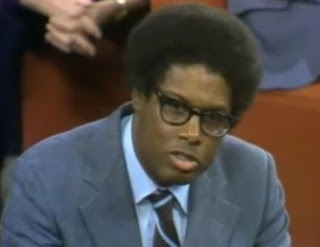 Since it is Black History Month, I thought it would be important for African Americans (and non-African Americans) to know the effects of certain economic policies designed to help Blacks and how they have inadvertently kept blacks out of work and impoverished. So much of Black Media portrays (or at least it did in the past) capitalism as an economic system of evil. However, there is no other economic system where more impoverished people accumulated wealth and prosperity, and this is despite race. Socialism, mercantilism, communism, nor any other ism has led as many people out of poverty and to prosperity.

If that is the case then why is the Black Poverty rate inching upward?

I have already argued in a previous blog that minimum wage laws don't work. I hope to revise and expand that essay more since I recently learned that those laws have even more detrimental effects than the ones I've mentioned. However, if you watch the following playlist the answer to the aforementioned question is there.

Sowell and Williams are some of the brightest men I have ever encountered, at least online. I hope to meet both of them one day, but for right now I have their books to keep me interested and informed. In the meantime, I will be watching this playlist and I hope you will too.

Bonus Link: What the Founding Fathers Said About Slavery?
at February 15, 2010 No comments: