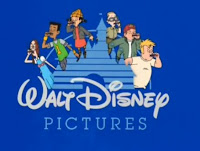 If you have been monitoring the "Currently Reading in ECON" section on the right side of the blog, then you will know that I've been reading Economics in One Lesson by Henry Hazlitt. It is an incredible and simple-to-understand book. After finishing the chapter on public works not too long ago, I either understand it completely, as evidenced by the argument to come, or I misunderstand it entirely. But a knowledge of Hazlitt, O' dear reader, is not necessary to understand this post. You don't even have to judge if I understand Hazlitt or not. All you have to do is assess my argument.

I've been wanting to write about this topic for sometime now, even before I knew that the public schools were financially unstable. Watch the 3-minute video below before reading the rest of the blog post.

There is an inherent irony in public school bailouts. According to Hazlitt, public works spending always burdens the taxpayer. His argument is rather quite obvious and hugely commonsensical. Think about "government spending." It always means "through taxes," or at least the tax burden falls on the American people. So if you want to increase government spending, sure go ahead, spend until you can't spend anymore. Just remember, all that is spent is "through taxes." Oh, and I mean your taxes (insert evil government bureaucrat laugh). Once again, the government activity is funded by the taxpayer. Government doesn't generate revenue the way private businesses do i.e. by selling products and trade. Instead, everything comes by taxes or inflation (which is a cruel form of taxation).

More relevant, however, is the fact that a public school bailout would steal jobs that would have been created by the private sector. Fear mongers often don't see this possibility. They only see the jobs lost and label it a catastrophe.

even cutting 300,000 public-school employees — the worst-case scenario – would hardly be the “catastrophe” people like U.S. Secretary of Arne Duncan say it would be. As I wrote, even that cut would only constitute a 4.8 percent reduction in the public K-12 workforce.

Here is the deception. Understand it so that you won't be deceived:

All the fear mongers see is the 300,000 jobs being lost. What they don't see is the 300,000 self-employed jobs that would be made possible. They don't see the self-employed tutors, the new home schools, the new private schools, or anything else that could be created in a time of restructuring. However, those with vision can see beyond the immediate effects. We can see the creative potential that will be cultivated in the time of restructuring.

Instead of showing the public schools as the failures that they are, people instead will prop up public schools because they think its "best for the teachers" and more importantly, in their minds, "best for the children." But how can a system that is a perennial disservice to children be "best" for them.

After all, more private school students score higher on standardized tests and entrance exams, and are more likely to go to college than their public school counterparts. The real question is, why wouldn't we allow those teachers to be laid off to join the private sector or start their own businesses? I'm sure there are plenty of public school teachers who see the problems within the very places they work and have many creative ideas that they would want to see come in to being.

Here is an unworthy objection, "public school teachers will have to spend less, and if they join the private school system they will receive much lower salaries." If you thought that was flimsy and unconvincing, don't worry, it depressed me too. Unfortunately, worse objections come right out of the mouth of one of Obama's economic advisers, Christina Romer, whose obsession with Keynesian economic theory is sickening.

Because unemployed teachers have to cut back on spending, local businesses and overall economic activity suffer. And the costs of decreased learning time and support for students will be felt not just in the next year or two but will reduce our productivity for decades to come...

Furthermore, by preventing layoffs, we would save on unemployment insurance payments, food stamps and COBRA subsidies for health insurance, and we would maintain tax revenue.

So that's what it's all about! It's about maintaining spending. Keynesian economists believe that in order to get out of any kind of economic recession all you have to do is spend, spend, spend. Of course, this is wrong, wrong, wrong! While she is correct that "local businesses and overall economic activity will suffer", she pulls the wool over your eyes by what is not said, and by what she can't not foresee. That is, she can't foresee the new jobs that would have been created in a bailout's absence and a tax credit for parents to keep their own money.

I have no doubt that children are important. It wasn't too long ago that I was a 4.0. GPA-earner in Elementary school, a 3.7 GPA earner in Middle School, and a 3.2-3.5-earner my first year in high school (my last year in a public school). For the first half of my educational career, I was a public school student. On the face of things, it would seem as though my success was evidence for the effectiveness of public schooling.

But something was different.

My mother, and family, rewarded me with things like science textbooks tailored for children, science kits, telescopes, bird books, Lego Mindstorms: Star Wars Droid Developer Kits, K'nex kits,
and a host of other things to cultivate creativity and critical thinking at a young age. What is the point? Not only did my family invest in me outside of school, they also did what public schools fail to do - give individualized attention to a child.

The reason why I left public school my freshman year of high school was because of the bloated classrooms and the lack of attention and seriousness among my public school peers. I was even told that the next year classes had to be held outside in tents because the classrooms were so full. If the trends are still in place, then a laid off teacher can teach those extra students for a fee, in a facility of his or her choosing.

Taking taxpayer dollars to fund public schools takes away taxpayer dollars which could have gone to private schools, or home schools. Some home schools pay as low as as $0-$2500 per child, per year. Those are incredible savings when compared with public schools, which isn't free at all, burdens are put on tax payer, and annual fees are actually underestimated and understated. According to a recent Cato Institute Study, it is actually cheaper to go to private school than public school by at least $8,000 dollars in Washington, D.C.

In Washington D.C., where faulty calculation and reporting is the norm in public schools, officials estimated the average price per pupil at $17,572 a year. However, the true cost of education is actually $28,170 per pupil (61 percent more than what was stated). And keep in mind, this is $28,170 of taxpayer money; over $11,000 that the taxpayer doesn't know is being taken away from them.

There is a proposed a solution for the tax payer - allow taxpayers to receive a credit to support private school education or keep the money in their own pockets. If parents of the public school system knew that public school actually costs more than private and home schools, and that public schools average $28,000 year in their own dollars, then they would leap at the opportunity to save money and receive a better education. After all, who couldn't use an extra $11,000? A tax credit of that size could also fund a lot of low cost colleges, or fund a new education business.

Some final points to consider:

Fear mongers want to preserve "teacher jobs" for the sake of "preserving jobs." But that is a fallacy in itself, which can be discussed later, and is easily undercut by the fact that more efficient jobs can replace them.

Those more efficient jobs would be products of the creativity adaptive to the needs of the immediate environment, instead of the one size fits all public school monopoly.

Finally, $23 billion is a lot of money. Since when is a billion dollars (let alone $23 billion) chump change? I'm not a big fan of Ann Coulter, but she got it right when satirizing Democrats by saying something to the effect of: "Billions...I mean millions is sooo 90's." In other words, the standards have changed - and to our detriment. A billion is still a million millions, and a million millions that we don't have.

To support public school bailouts is to support corruption and faulty government math; it is to perpetuate a failed system; and it is to block the creative and adaptive forces that would help reform education which would otherwise be unleashed in a free society.

For a free book on the history of education click here.

Dan Mitchell Arguing against Stimulus Jobs back in 2009