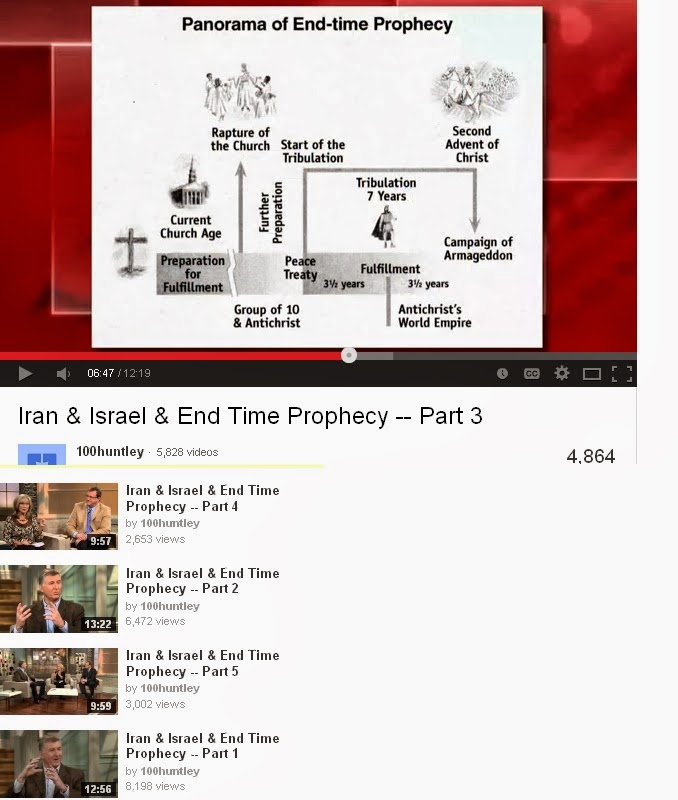 So I was on Amazon yesterday, as I am almost everyday, searching for a book I used to own but probably dumped in the trash back in 2008-2010. The book, published in 2007, was by Mark Hitchcock and drew connections between the end times and former Iranian president Mahmoud Ahmadinejad.

Finding the book led me to his website, which led me to his articles, which in turn led me to the comments on the articles and one commenter in particular who said he saw Hitchcock on 100huntley.

I am familiar with 100huntley.

N.T. Wright was interviewed by them many years ago.

So I watched through 1-4 and by the fourth video I found the above graphic, perhaps a screenshot of the book's contents or a reproduction from 100huntley, in the third video. He was promoting a new book.

Hitchcock is a dispensationalist -- and I am not -- so he believes in the rapture and that we are living near the end of the "church age."
at January 09, 2014