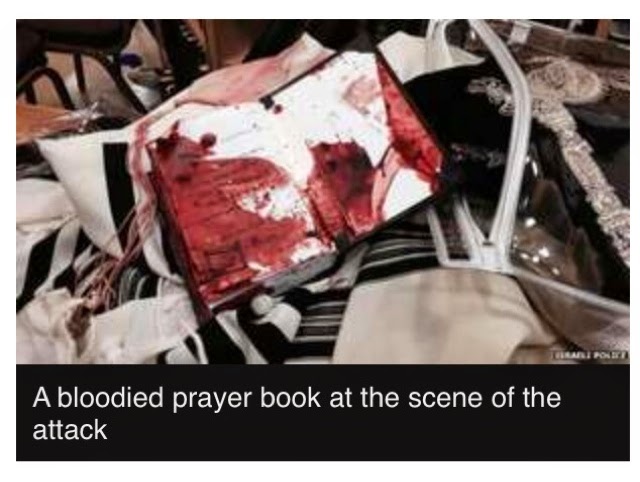 While a non-interventionist, I don't believe the attack in Jerusalem yesterday had anything to do with (foreign policy-related) blowback.  I do, however, think it might have been a revenge killing, which is also unjustified.
However, rightly shooting the two terrorists on the spot was a "harsh" enough response.
Prime Minister Benjamin Netanyahu is going overboard, as he vowed a "harsh response," according to the BBC, and ordered the homes of the terrorists to be destroyed.
Why?
They received the justice they were due. Why does the state have to poke its chest out and destroy property? Why can't someone else live in it?
Let's put it this way: Why can't the state be a little more creative and turn the place where these thugs breathed and dreamt hate and turn it to something good? Unless you think someone just as hateful will occupy that residence next, then I don't see any justification for destroying it (and even then, I don't see justification for destroying property). But that's a pressumption I'm not ready to make.
Or maybe the most fiscally responsible thing to do is leave their houses alone, except for maybe a possible investigation of the premises.
Bombing potential evidence seems to be careless.
at November 18, 2014