Say No to Rubio and the "New American Century" 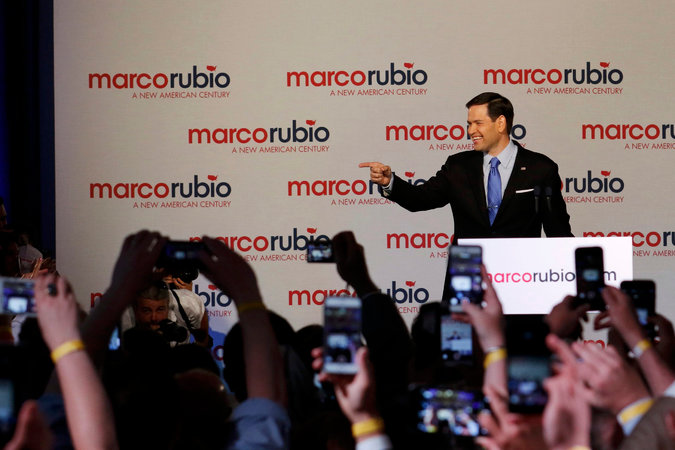 The first thing I noticed back in April when Republican presidential candidate Marco Rubio announced his run was the banner with the words "New American Century" in the background.

This is code word for a defunct think-tank by the same name which provided the intellectual ammunition for George W. Bush's disastrous Iraq foreign policy.

One writer describes the defunct Project for the New American Century as desiring and demanding "one thing: the establishment of a global American Empire to bend the will of all nations."

The Project for the New American Century was a place warmongers turned to hear the intellectual justifications for their warmongering and hawkish foreign policy. This organization was started by neoconservative William Kristol, who is currently an editor of the neocon Weakly Standard.

Not that Rubio is hiding hawkish views, as you might see in the debates, but his selection of "New American Century" is very telegraphic of the kind of people he would place in his administration.

The next thing I noticed was that Mitt Romney's former aides embraced him.

This should tell you all you need to know.

We don't need a Latino George Bush. Say no to Rubio.