No, Republican Tom Delay. God is not the author of the U.S. Constitution 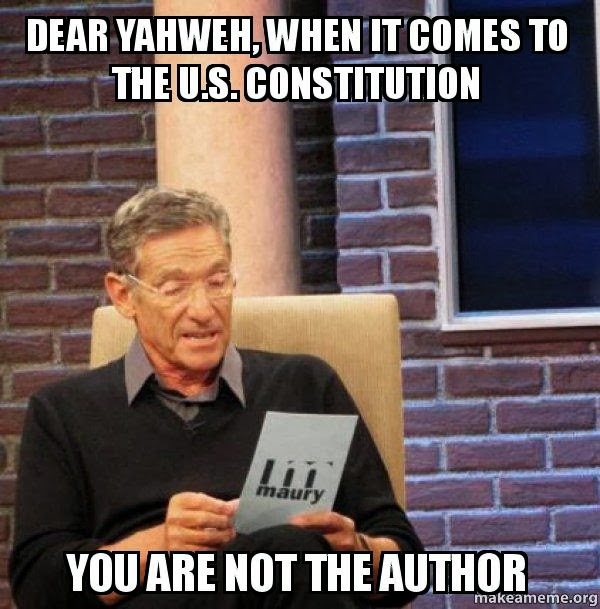 “I think we got off the track when we allowed our government to become a secular government,” DeLay told host Matthew Hagee, the executive pastor of the Texas Cornerstone Church. “[W]e stopped realizing that God created this nation, that he wrote the Constitution, that it’s based on biblical principles.”

No sir, God did not write something that would fundamentally reject his rule.


He rightfully opposes today's secular humanist approach to civil government—which to one degree or another has infected most of American Christianity. This is indeed an area that needs reformation. He also rightfully points out the anti-Christian nature of the U. S. Constitution; not that we deny that it is has some good procedure law, but it is at the very least dishonoring to Jesus Christ in its neglect of recognizing Him as the highest political authority in the land. (Covenanters pointed out this fatal flaw long ago.)