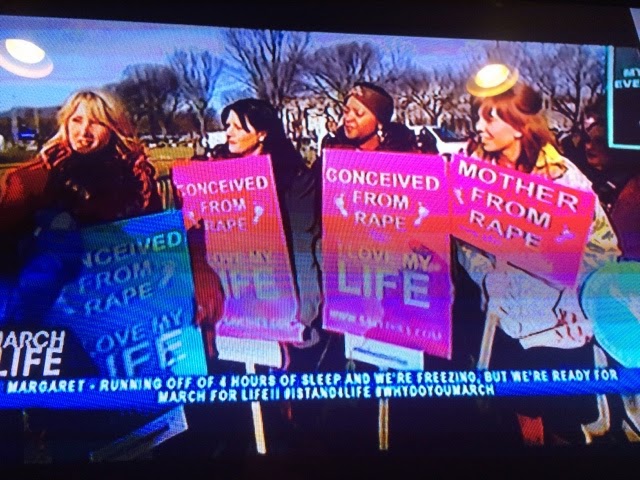 These three women were at the 2015 March for Life rally in DC.

The black woman was pro-choice in high school, and was amidst scribbling a pro-choice essay when her mother revealed to her that she was conceived in rape. She changed her mind a result.

The white woman on the right had a daughter who was conceived in rape and loves her daughter.

The white woman on the left was conceived in rape and had a schizophrenic mother.