Definitely one of the most exciting campaigns in recent history -- a game-changer in terms of shifting public opinion towards a freedom-oriented philosophy. Two years passed and one thing is for sure: the Paulian influence on public policy is here to stay.

Click the picture to see one of the most brilliant economic plans in history for the United States of America from Dr. Ron Paul. 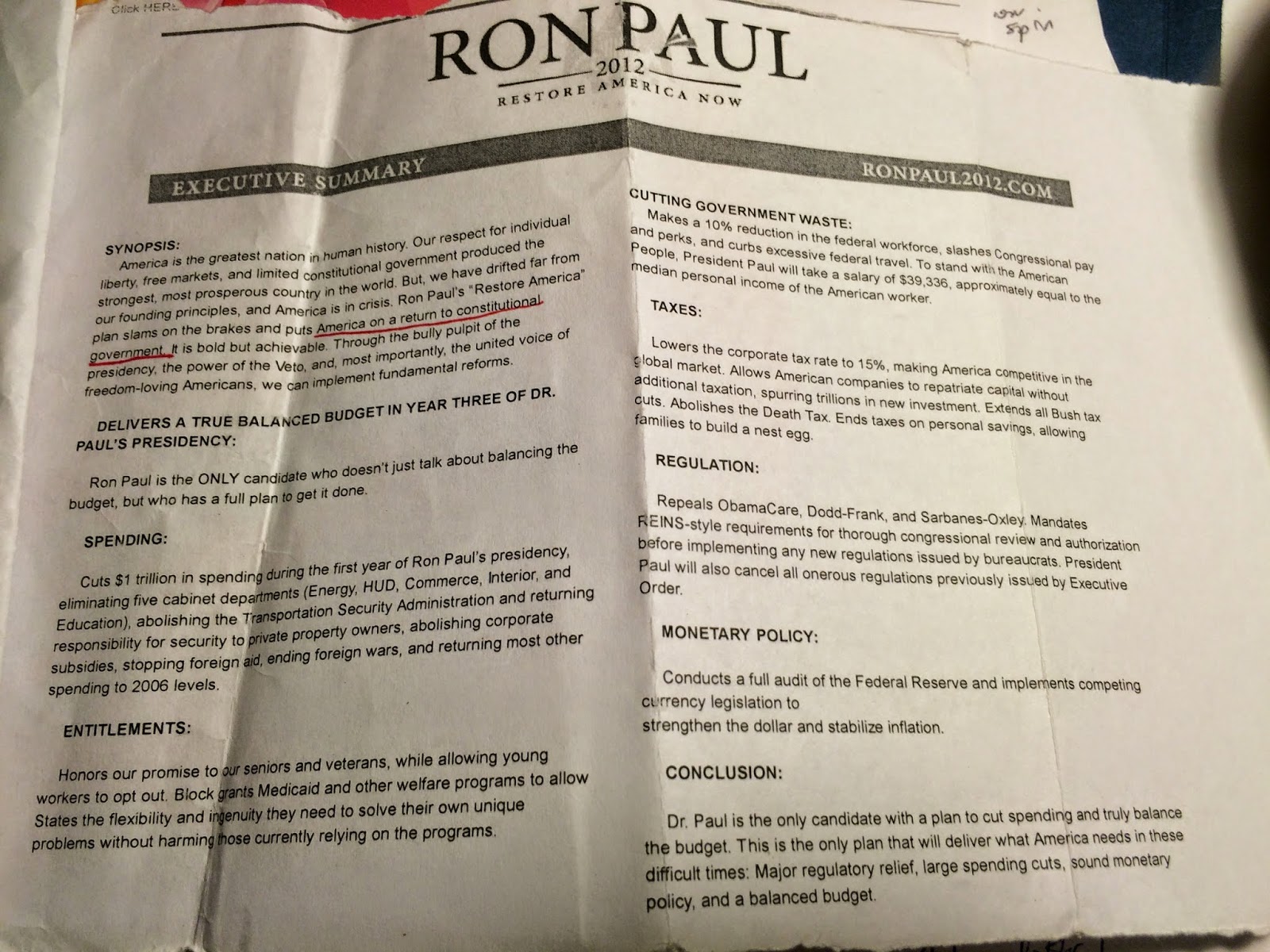 Senator Rand Paul has issued his own budget each year. Click here to see the latest one.

But since Ron's plan is politically irrelevant -- unless Rand will in the unlikely event ditches his own and embraces his father's -- there are many good things to say about the Rand Paul.

According to a FreedomWorks analysis of Rand's 2013 plan and a few others' plans, the public debt will be $12.0 trillion in ten years from the plans implementation, which almost takes us back to the Bush II years-size debt.