Why can't we all just get along? 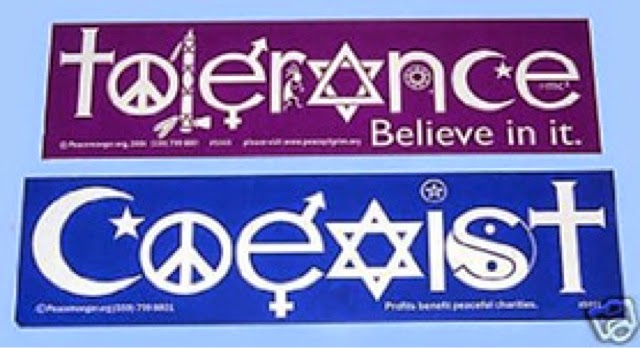 Why can't we all just get along?
Because we all have worldviews that necessarily conflict.
And if a worldview is true, and something within that worldview requires its holders to spread and impose that worldview, then it must.
I have I no objection to that...
...because I have no objection to truth.
So if the violent Christian-beheading Muslims within the Islamic State of Iraq (ISIS) want to impose their view through the sword -- or the gun -- I have no objective objection to that outside of the objective truth of Christianity, for I would only have my subjective opinion.
But it's precisely and only because I am a Christian that I can condemn tyranny. It is on those grounds that I can say that ISIS is departing from "The Way," that they are sinning.
The person who believes that no one should believe in conquest himself believes in conquest; it's just conquest by another name: secularism.
If secularists were really consistent then they would have been the secular version of what I was for three years: a libertarian anarchist. They can't simultaneously oppose theocratic imposition of values through the government, but then turn around and want to impose their own. (Of course, on secular terms it's really impossible to be consistent about anything)
But look at the alternative view of Christianity. Jesus advocated conquest, too. But it was a conquest by discipleship, love, Kingship, and stewardship -- all of which starts with God regenerating the individual through the Holy Spirit.
But isn't Christianity a matter of subjective opinion to the Christian as much as Islam is a subjective opinion to the Muslim?
No. Because the God of the Bible is the true one. His and only his opinion is objective in any meaningful sense of the word. Only one God is the author for external reality.
at August 08, 2014