Bam! This is how you start a book 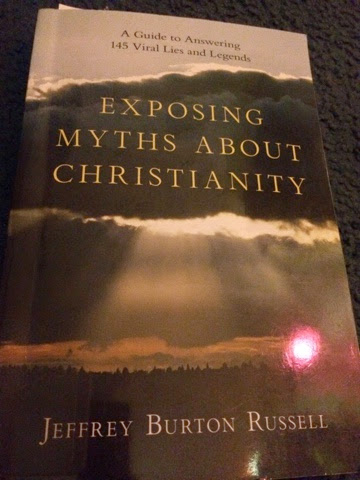 "Fashionably elite people are supposed to be atheists. As a result, Christianity is uncool in much of contemporary Western society. Human beings are egocentric, and if God exists, one's own ego is not the center of the universe."

I could end there, but I like what he has to say immediately after that:

"In many circles--the field of psychology, as one example--someone who takes Christianity seriously can provoke mockery or even anger from others in the circle. Humans are very tribal, and religious belief is a good way to get oneself kicked out of certain tribes."

The prose doesn't stay this good after the second or third page, but boy does it catch your attention.

As I wrote in my Goodreads update, "[w]hile Russell writes like a bored reporter, or an academic, which he is, the information is interesting. There are tons of footnotes, which you should expect from an academic. Someone must have really given him help on his opening paragraph, because it is really good and draws you in" -- which, I might add, a good lead is supposed to do.