Big businesses are "fine" with Minimum wage; Mom and Pops struggle with compliance in Seattle

But McDonald's CEO supports the minimum wage. Why?

Because it will squeeze out the competition. The truth about the minimum wage is that it won't hurt the biggest businesses as much as it will hurt their smaller Mom-and-Pop size competitors.

In other words, "progressive" support for the minimum wage harms the "weak and the vulnerable" and benefits big corporations -- the very opposite of what they intend. 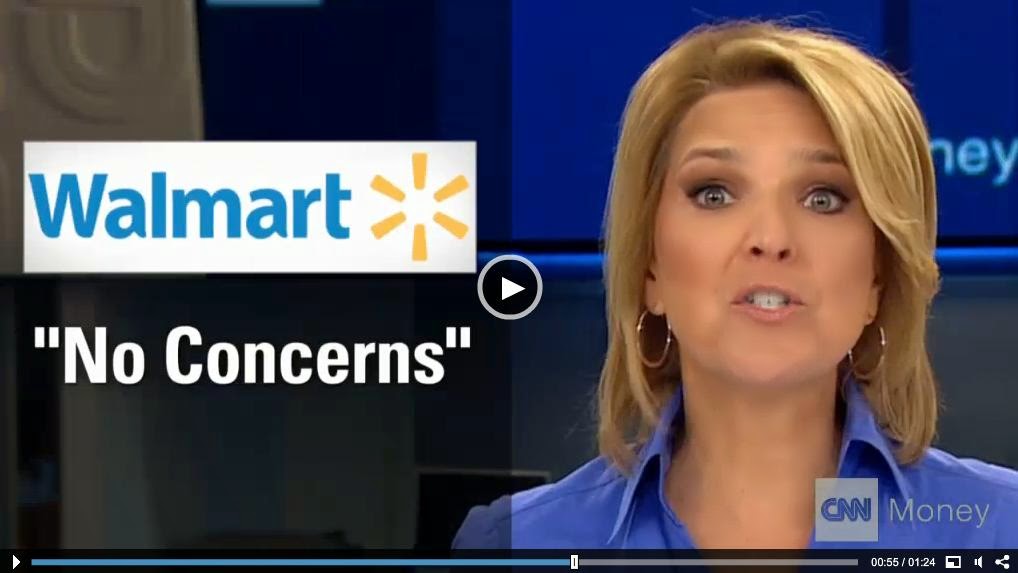 Cities, counties and states are “laboratories of democracy.” We are supposed to see what doesn’t work in this city and that city and learn from them – not turn around and advocate the same thing nationwide.

If you need any proof of the decline of the U.S. dollar, then play around with this inflation calculator from the Bureau of Labor Statistics and see how much a dollar was worth in 1914 versus what it is now.

In short, higher prices are the symptoms. The Federal Reserve’s monetary policies are the cause. We should not be going after symptoms with legislative medicine because they, like real corporate medicine, have all different kinds of harmful side effects, namely, unemployment, higher prices, and a delay in business expansion by entrepreneurs.

The people who will see this and support this idea anyway will stop us and say “no, we just wanted to slowly increase the minimum wage just a few cents or dollars more each year.” But all that really does is price out the jobs below that price floor incrementally, and delays the inevitable. 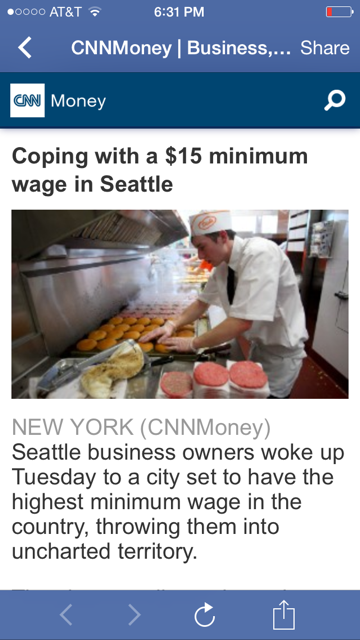 The fact that the law provides an exception to businesses with under 500 employees proves my point.

According to a CNNmoney article:


"One point of controversy prompted the International Franchise Association to threaten to sue the city within hours of the bill's passage.

Under the law, businesses with fewer than 500 workers are given more time to comply. That would be fine with the franchisees, if they were considered one of those smaller businesses.

Instead, the law states that a business owner has to count all employees in the U.S., likely putting those affiliated with a national franchisor in the large-business category."

How in the world do the people who passed this law know what time individual business owners will be able to afford the minimum wage increase?

Companies such as Walmart and McDonald’s say that they are fine with the increase. That’s because they have the structure in place to do so unlike small mom and pop shops.


Watch the wonderful explanation of this point here.

Those kinds of jobs aren’t meant for anyone to “live” on. They’re usually reserved for teens, children, and low-skilled adults. At that age, they’re not getting paid in money alone but also in skill, responsibility and reputation.  Kids and teens could use jobs in the summertime and all year round.

Adults, on the other hand, need higher wage jobs to take care of themselves and their children. But the jobs and wages they desire are being squandered on a massive federal debt and are confiscated through taxes.

Let it be known that this is a policy that has the Democratic Party’s, including President Obama himself, and even a few Republicans’, hands on it and they should be held accountable.