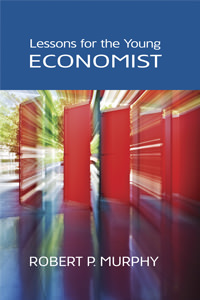 Entreprenuers are considered to be the "driving force" of the market economy because they see things that others do not and then use their resources to offer goods and services to fill in that gap. As someone who wants to be an entrepreneur, I see that there is an opportunity, a gap, in the education system in my county. In turn, I can offer my tutoring services (my product) to potential customers (consumers), which are students and parents.

In the real world, all capitalists are entrepreneurs.  This is because capitalists, or people who control financial wealth, and often large amounts of financial wealth, put their money to use to produce goods and services that consumers will benefit from using. The classic example of Bill Gates or Warren Buffett will serve us here. They both had to acquire their wealth offering consumers things that they wanted. Also, capitalists serve their fellow entrepreneurs by offering them goods and services that will make their business run smoothly.

Xerox sells machines that make corporate office life easier. The huge machines that you see on the television shows Ax Men and American Loggers aren't -- to my knowledge -- made by those companies that chop down and move trees. But the entrepreneur that made them also had to have a large amount of money (savings, borrowed capital) to produce their machinery.

Competition regulates and motivates entrepreneurs to be honest, to offer quality products at the lowest price. When a competitor enters the market  -- let us take our Xerox example -- and begins to offer $800 copy machines that does exactly what the $1,000 Xerox machine does and more, Xerox will have to figure out how to offer a better product at a reasonable price. Otherwise, Xerox will find itself bleeding revenue, which will be going to the new market participant that's selling the $800 copy machines. This accounts for the regulation side because the product costs are regulated.

The competitive process unfolds through "imitation and innovation," as the book puts it, through various ways. Let's say I am the owner of a Chop't salad restaurant that's located next to an Olive Garden. We both sell similar products, namely salads. The reason I set up shop was because I thought I could offer better tasting salads at a faster rate and a better price. And to my credit, my vision paid off. I begin to attract customers to my shop. Olive Garden in return sets up a "to go" service in response to our competition to give customers great tasting salads "on the go." This back and forth keeps going and in the process the customer is ultimately the one who benefits.

Because of the competition between the two salad sellers, customers are getting healthy greens at a much faster pace than they were before and at a lower cost (both in terms of dollar value and time "time is money").

In short, as the Teacher's Manual puts it, "no entrepreneur starts from scratch.  He or shoe first sees what others are doing, and then tries to make improvements in order to attract customers from others."

If a worker finds that Chop't is offering a job at $10/an hour and Olive Garden is offering work at $8 dollars an hour for similar work, that worker will probably choose the higher paying job.  What can't happen though is Chop't paying $10/an hour and Olive Garden paying their workers $4/an hour. Olive Garden workers will tend to care that they are getting, subjectively speaking, "underpaid" for such work and have the option of leaving for higher paying work -- which will benefit Chop't.

Again, as the Teacher's Manual puts it, "if a particular worker is being paid less than his or her marginal product, there is an opportunity for a competing entrepreneur to offer a higher wage and pocket the (smaller) gap.


This is an ongoing review of books. Look for reviews of chapters or entire books in various topics ranging from theology, English literature, philosophy, monetary policy, black history, economics, political history, American history, philosophy of religion, self-improvement, and poetry. Basically, I'll cover whatever I feel like reviewing at the time.