Foreign Policy: It's time to give up Washington Wizardry 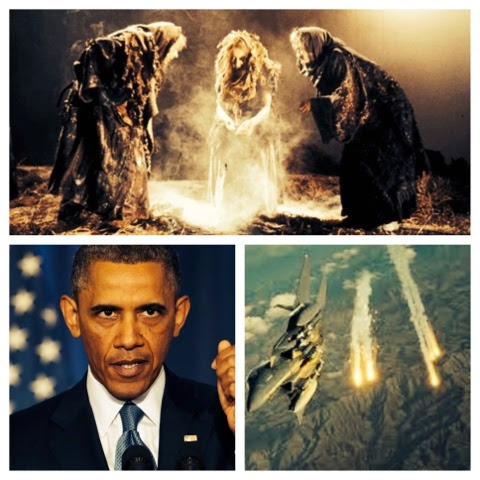 Just two weeks ago, President Obama didn't have a plan for fighting the terrorist group ISIL. Now this evening at 9 P.M., on TV screens and live streams everywhere, he will be giving us a plan for how the U.S. Military will be involved for 3 more years in the Middle East.

This means that since last week the best and brightest witches, warlocks and wizards in the Cabinet have steadily been adding all sorts of ingredients to the White House kitchen cauldron, all of which have been in the White House fridge since the Bush years.

"Double, double toil and trouble;
Fire burn and caldron bubble.
Fillet of a fenny snake,
In the caldron boil and bake;
Eye of newt and toe of frog,
Wool of bat and tongue of dog,
Adder's fork and blind-worm's sting,
Lizard's leg and howlet's wing,
For a charm of powerful trouble,
Like a hell-broth boil and bubble." ~Macbeth, Act 4, Scene 1

Central planning, both in the realm of foreign policy and domestic policy, has evidently failed before our eyes these last 14 years. What hasn't been tried is freedom.