Thoughts and notes on Occupy Peace 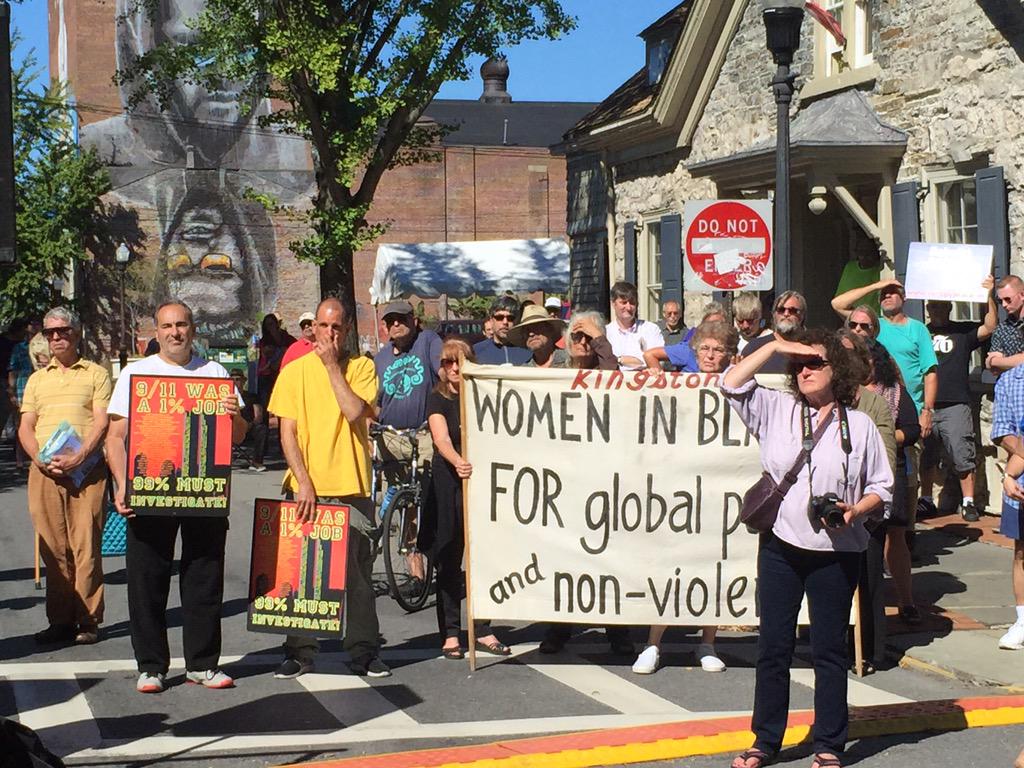 There were a lot of good spoken gems.

I will not distinguish between speakers, but here are a few excerpts from an Occupy Peace article:

"Where do you start occupying peace? You have to start in your heart and soul. Even those bad guys who bomb and do horrible things — they're just unhappy and frustrated and confused . . . they're misguided and so they continue doing bad stuff.""We should not be like them. We shouldn't hate them. We can be angry with them and forcefully oppose them, but not with hatred in our hearts."

"We should not be like them. We shouldn't hate them. We can be angry with them and forcefully oppose them, but not with hatred in our hearts."

One of the most dangerous positions a person can find themselves in is in a hospital bed, he said.

"The number one cause of death in America is American medicine," he said. Between 560,000 and 700,000 people die every year of preventable illnesses and conditions. Ten million more a year are injured.

The trouble is, anti-war sentiment and activities have become partisan.
Sheehan said she'd been "harassed" and criticized by a fellow leftist for attending the Occupy Peace rally and somehow undermining the anti-war movement "by consorting with libertarians and with Ron Paul people."

"First of all, I told this guy "what anti-war movement are you talking about?"
I'll go anywhere, I'll speak to anybody, as long as they are saying crush the empire."

She, like Null, was critical of liberal Democrats in power:

"I can guarantee you, if Romney had won, if McCain had won, and they were doing what Obama is doing, there would be millions of people in the streets."
She said she agreed with Gerald Celente that the country needs a peace movement "with teeth," but one that remains non-violent.

"It's been really lonely since Obama became president," she said. "It's because the anti-war movement is mostly partisan. They make excuses for their leaders instead of demands. So they're not comfortable with me, because I make the same demands on the Obama regime that I made on the Bush regime. And I'll do the same to the next regime until people of good conscience, revolutionaries like us, take over our communities."

"Less than one percent can turn this country around," he said. It was a point he made repeatedly throughout his hour-long presentation.

When it comes to modern weaponry, Nader said "enough is never enough" for the country's major armaments contractors.

He gave as an example a single Trident submarine, armed with multiple warhead missiles, could vaporize within 35 minutes 200 cities in a nuclear strike.

And when it comes to fighting terrorism, the U. S. is recruiting more converts to the Taliban and ISIS than they can convert themselves. What started off as a handful of men in Northeastern Afghanistan has grown to tens of thousands of fighters after the U.S.'s relentless insistence on bombing suspected terrorists, which have included thousands of innocent civilians.

"They call it 'blowback," Nader said.

Nader urged the crowd to follow up on the rally by doing what earlier war resisters did — gather in living rooms and talk about what could be done.

Judging from the footage, what was lacking from this crowd was youth. Not one speaker was young.

Yet this is supposed to gain ground as a national movement.

Judging by the photos and video, a lot of grey hairs were in attendance. This is concerning because a long-lasting movement usually has a lot of youth involved. The people in attendance at this rally don't have that many years. They are going to have to pass on their values to their adult children or else the movement suffers. In contrast, Black Lives Matters is filled with the youth. It will be around for a long time; at least as long as it needs to exist to accomplish its goal.

Luckily for Occupy Peace, people are more anti-war than ever before.

We've seen war presented as a solution before and it doesn't work. The high mark of this anti-war sentiment was the Obama election, which was an outright rejection of the Bush presidency, foreign policy, and all. Apparently, this turned out to be only a rejection of Republican foreign policy, as evidenced by Obama supporters silence on the president's current agitations overseas.

However, because Americans loved him, and trusted him, Barack Obama successfully furthered the Bush agenda in many ways, and did what George Bush could not do on the foreign policy front. But he also did at least one thing that I couldn't imagine the neoconservatives let happen under a Bush Presidency: Obama made the Iran Deal. But now he is putting  "boots on the ground" in Syria to fight ISIS.

I see no crowds in the streets.

I hope that the election of a Democrat won't do the same next time around.

We know that the election of any Republican minus Rand Paul would continue to Bush foreign policy, even if having an improved economic policy.

So as Celente plans on having Occupy Peace chapters in each state, or something to that effect, then maybe we will see more youth join, because people are generally desire peace now (there's a poll on Reason.com waiting to be cited and inserted here).

I would like to see some Christian speakers at these rallies. Someone with some Christian bona fides. Someone mainstream opposing the American Empire. But a large number of conservative Christian twenty and thirty somethings would do the trick as well. It ought not be just one person. But an exegetical case against the war will have to be made.  The ultimate authority for the Christian is God's word, and it ought to be shown that 21st century foreign policy has been godless.

Christians could become chapter leaders. The doors are wide open.

My only concern would be Occupy Peace's plank to give troops jobs to rebuild America's infrastructure.

Fine, but I hope this is isn't too costly (lol).

Christians could just start their own anti-unbiblical war movement if Occupy Peace planks cause too much friction.

But J. Gresham Machen was once asked what the Church should do about the Great Depression.

His response: Preach the Gospel.

Perhaps if he lived long enough to be asked the question of the what the Church should do about World War II, he would have answered the same.


This, then, is the answer that I give to the question before us. The responsibility of the church in the new age is the same as its responsibility in every age. It is to testify that this world is lost in sin; that the span of human life—nay, all the length of human history—is an infinitesimal island in the awful depths of eternity; that there is a mysterious, holy, living God, Creator of all, Upholder of all, infinitely beyond all; that He has revealed Himself to us in His Word and offered us communion with Himself through Jesus Christ the Lord; that there is no other salvation, for individuals or for nations, save this, but that this salvation is full and free, and that whosoever possesses it has for himself and for all others to whom he may be the instrument of bringing it a treasure compared with which all the kingdoms of the earth—nay, all the wonders of the starry heavens—are as the dust of the street.

The only person to come close to this kind of response in the Occupy Peace movement is the Buddhist scholar. Something deeper is at work here that the Buddhist scholar can't touch. And the solution is something that Buddha can't provide. It's the hearts of men that are out of whack. It's the gospel that brings peace. Christian nations don't place in power people who hate peace. Gospel people don't place in power people who believe the gospel of nation-building. It's just another form of collectivism.

So in light of Machen's comments, perhaps Christians should stay away from Celente's movement. I think they should.

As of right now, judging my Mr. Celente's flippant and religiously irreverent closing remarks, he doesn't care about who Jesus, Muhammad, and Buddha are. But who they are certainly matters to the movement. Nothing -- not war, not the presidency, not science, not race, not peace -- is out of the scope of true religion.