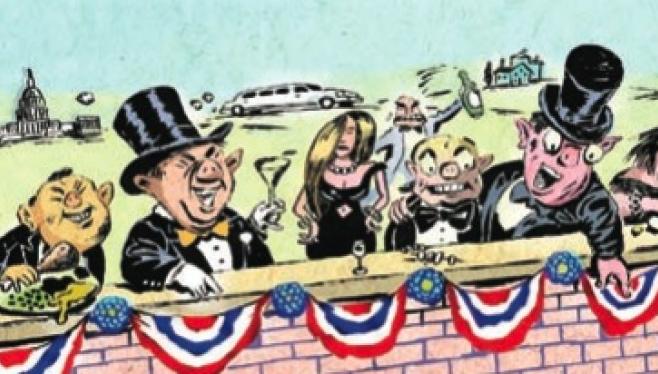 This one is a throwback...

But I kept forgetting the name of the author and so I finally decided to publish this on my site (if I haven't done so already), so I wouldn't forget again.

I actually saw the author in person, when he was speaking on a foreign policy panel, at the 2013 CPAC conference at the Gaylord National Convention Center in National Harbor, Md.

This is an important essay.  It's always good to revisit from time to time.


Although after the election of 2008 most Republican office holders argued against the Troubled Asset Relief Program, against the subsequent bailouts of the auto industry, against the several "stimulus" bills and further summary expansions of government power to benefit clients of government at the expense of ordinary citizens, the American people had every reason to believe that many Republican politicians were doing so simply by the logic of partisan opposition. After all, Republicans had been happy enough to approve of similar things under Republican administrations. Differences between Bushes, Clintons, and Obamas are of degree, not kind.


’s Ruling Class — And The Perils Of Revolution
By Angelo Codevilla
at September 22, 2015