K. Scott Oliphint on The Goal of Apologetics 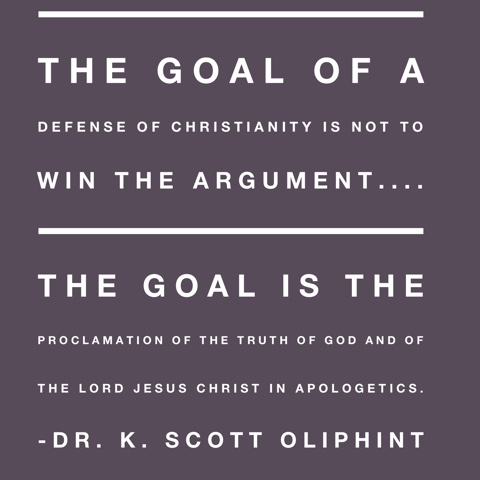 Two things I enjoy about Dr. K. Scott Oliphint are his clarity in defending the Christian faith and his ability to refine his terms. The professor at Westminster Theological Seminary in Philadelphia made the following statements over the years.

"I have no interest of making theists of people because theists go where atheists go." ~Dr. K. Scott Oliphint in his discussion with Richard G. Howe and Jason Lisle on apologetic systems.

"The goal of a defense of Christianity is not to win the argument.  It's not an intellectual exercise so that we can show we someone we're smarter than they are. That's not what Paul is doing. The goal is the proclamation of the truth of God and of the Lord Jesus Christ in apologetics." ~Dr. K. Scott Oliphint in his sermon Apologetics in Action: Acts 17:16-34
at September 17, 2015