Get a free E-book on Bernie Sanders here. 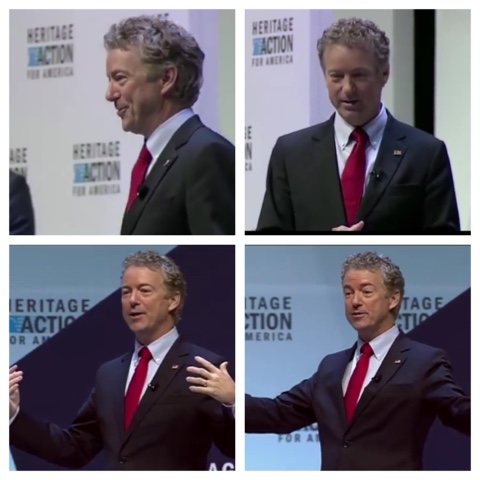 I was at an event last night and a speaker said something to the effect of "Only in America" -- or let's say under capitalism -- do they make you pay for something free like water, as she sipped her bottled water...

… bottled water that has been contained with machinery, filtered, and bottled -- among a host of other things -- by human beings.

…bottled water that was at one time in a river, or lake, or mountain, or spring, or wherever they get water from (the beauty of the division of labor in free-market capitalism is that I don't have to know that stuff).

In part, she wanted specialized knowledge to be free.

Deer Park employees, among the many other water companies' employees, are people who wake up every day provide a vital product to the billions of people who chose not to be in the water business. Numbers of trucks which run on un-free gasoline deliver this vital source for life every single day to the market place.

The water companies have gotten so good at this that they provide water in different sizes -- from little bottles that can fit in your palm, to bigger bottles that be put on water coolers; these bottles come in size swig, saturate, and submerge. Gone are the days of size pail and bucket.

They have gotten so good at it that water comes with flavor.

And yet they want this to be free.

Fine, I'll grant you, but only for the sake of the argument, that water is free. What I won't grant you is that the labor should be free. Further, I know that you won't either.

Much of that was my immediate thought but I didn't say anything. It wasn't the right forum. It would have taken the event over the allotted time. The only thing I thought in addition to that is that working for free involuntarily is what we used to call slavery.

But I know what they mean: Whether it is free school or free water, advocates will say workers will get paid through taxes. But that only pushes the involuntary labor to the taxpayers.

Why should I involuntarily use my labor to pay for someone else's stuff?

That is an ethical problem for Democratic Socialists.

But I want to put another thorn in the side of Democratic Socialists.

Going back to the subject of water companies, why should someone like Coca-Cola, the Dasani water owners, be mandated by the government to operate a large part of their company for F-R-E-E.

Am I shifting definitions? Don't I know that Democratic Socialists would, through taxpayer dollars, pay a company to operate their water business.

Oh, so you want to get into subsidizing big businesses and corporations. Gee, I thought that was what you were protesting in the first place.

But let's take it one step further. Why should we think of only existing businesses as free providers of this vital product? Why not apply our thinking to future entrepreneurs? The little guy. Should the little guy provide this service F-R-E-E?

Should we subsidize the little guys future water business? Should he not operate by profit-and-loss to judge the success of his business?

Rand Paul had a similar experience.

He was asked a question about Bernie Sanders' solution to Social Security.

I like Rand Paul's answer. He admits up front that you are not going to like his solution. Furthermore, he gives the alternative: He can pretend like everything is okay and promise you everything you want and destroy the country in the process.

By destroying the country, he probably means destroying our dollar through hyperinflation. The Federal Reserve would have to create so much money that our dollar would become worthless.

Democratic socialists, like Bernie Sanders, would solidify our economic doom.

[Editor's Note: Regular readers of this blog should know that I was coming up with a "Why You Should Not Vote For Bernie Sanders" series.

The reason I am doing this is because a number of my (young) friends are falling for the rhetoric and promise of Democratic Socialism. It (often rightly) rails against big business.  It (almost) never rails against the government framework which made big business possible.

It is embodied in the persons of Elizabeth Warren and Bernie Sanders. Unfortunately, they're both wrong.

My posts will be informed by the Thomas Woods' new E-book Bernie Sanders is Wrong, other informed economic articles, and my personal reflection, as was the case with the first post above.

This is Part 1 of many…and I mean many.]