Rand Paul: We should keep talking to Iran 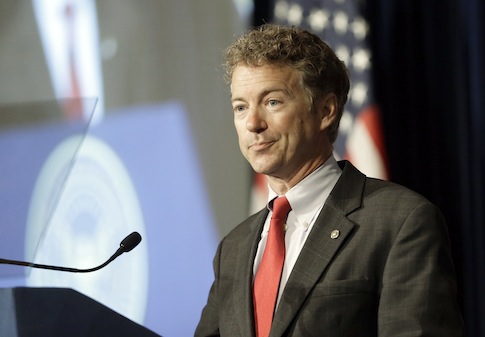 Senator Rand Paul (R-Ky.) says that we should keep talking to Iran.

His statement was in response to being asked whether President Obama's upcoming meeting with Chinese officials should be canceled.

He also noted that those who would have cut off dialogue with foreign leaders are isolating the U.S. from international discussion.  Paul's foreign policy has been called "isolationist," so he was, in fact, pointing out the irony of those who call him isolationist are themselves just that.

Paul also wondered what would have happened if Ronald Reagan stopped talking to Gorbachev during the Cold War.

He also said that every time the U.S. government topples a secular dictator in the Middle East that there is backlash and unintended consequences.
at September 16, 2015